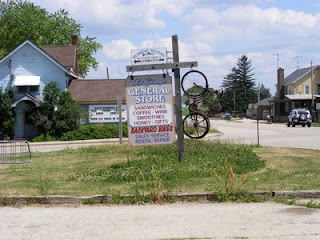 203
The goal of the weekend was to go on a hilly bike ride through the back roads of Wisconsin with 10 of our friends.  We wanted to thoroughly prepare for Ragbrai, while others were preparing for a triathlon.  It was a success and helped keep my blood sugars steady over the weekend despite all of the brats, sweet corn and fruit salads that I ate. We took off on a hot and windy morning and rolled past dilapidated red barns, goat herds, hay bales and lamas. The first 15 miles of rolling countryside took us along side Kettle Moraine Park to the LaGrange General Store where we lunched on fresh made sandwiches and local goodies before we mounted our bikes again. We continued until our thighs started to burn and my face was so red it looked like it was going to burst and the hills no longer gave us an adrenaline rush. We parked our two wheelers back at the lake house where we were staying and went for a dip to cool off. We followed our swim in the lake with a trip to the local ice creamery, J. Laubers, where we sipped on old fashioned shakes. The evening ended with grilling out, beers and fireworks. A perfectly satisfying way to spend the fourth of July. 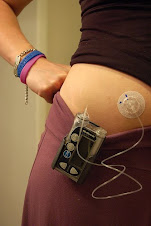 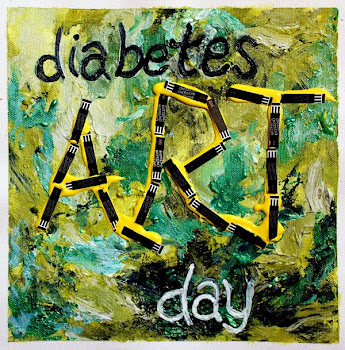